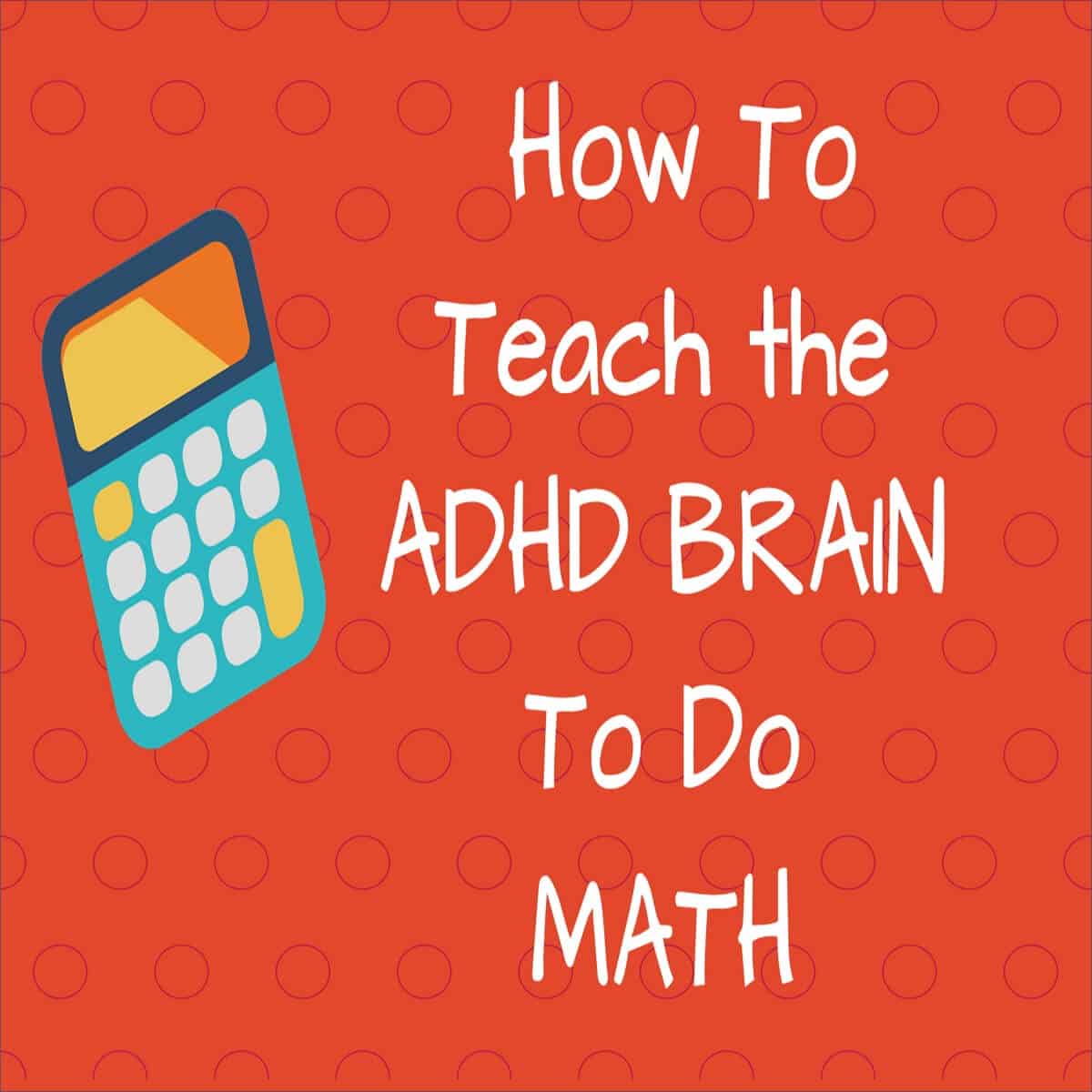 There was a time when L (my oldest) would ask, “So, if 2 + 2 = 4, what else does it equal?” I would get all panicky, think of George Orwell’s “Nineteen Eighty-Four”, and remind him that we were working with whole numbers. The kid was only 5 years old. It took me some time to realize what he was saying. This kid with ADHD wasn’t philosophizing. No, that I could have dealt with. He was not getting that items were concrete, stable, never-changing. If it equals four today it will still equal four tomorrow, and the day after that, and the day after that.

That is how a brain with ADHD can think outside of the box. Who needs a box?! I had to find a way to help him improve his math skills that made sense to the way his brain naturally works.

And find a way to get him to stop drawing monsters on his math worksheets instead of answering the questions. Because, ya know, the homeschool portfolio teacher was going to see this and stuff.

CURRICULUM WE HAVE USED

As a parent and a teacher of my son I took finding the right curriculum very seriously. After looking at all the options I decided that MathUSee was going to work well. We did get a free DVD sent to us in the mail to try out first.

MathUSee – one of the best purchases we ever made! The manipulative blocks are color coded to a specific number amount, the DVD is very concise and to the point (it doesn’t hurt that Steve Demme looks a lot like Daddy), and the boys can work on their own with a little help from me on Mondays. This program has been mother tested and approved by a lot of moms with kids who have ADHD as it is always #1 on Carol Barnier’s yearly curriculum survey. We started with the MathUSee Primer which is akin to Kindergarten Math.

“Math Doesn’t Suck: How to Survive Middle School Math Without Losing Your Mind or Breaking a Nail ” by Danica McKellar

I purchased this book at the library book sale. Boy did learn a lot from this book! It does not offer enough exercises to make it a “real” curriculum but what I liked about it was the real world examples and the math shortcuts for complex functions. The downside is that it’s very girly. Yet L did manage to learn the tricks and not focus on that aspect of it.

“The Math Kit: A Three-Dimensional Tour Through Mathematics” by Ron Van Der Meer

I love Half Priced Books store, I really do, and I miss not having one close by. We had one within a short driving distance of our house in Ohio and would visit at least once a week. One of the cool finds there was this little “kit” full of math games. Jordan played with this so much and so often, it made math fun for him. You can get yours from Amazon with the link above!

Life can’t be all about reading a book, sometimes a boy just have to have “flashy flashy siss boom bah”! This site gives them that and teaches them all at the same time. I know, it makes me all giddy too. This link below takes you to the game page. However, there is so much more here to explore, ya know, when you have your favorite beverage and spare time. Don’t tell anyone (looking both ways as I type) but the boys still play these games. It’ll be our little secret, but that’s how fun these games are. Their favorite game was Grand Prix Pro – Multiplayer.

There you have it, the games, books, and toys that have worked for us to learn math! Children with ADHD do tend to struggle with learning Math. So much so that there are a few articles online about this. I left some links below for you to check out:

link to Math-U-See Algebra 1: a Review

The biggest hurdle I have had in homeschooling Logan is teaching him math. We found Math-U-See after much trial and error. It seems impossible to me that Logan is a senior this year. After...

This lesson plan for the nursery rhyme “The Three Little Kittens” is full of engaging homeschool activities to keep your Kindergartener learning for a whole week. Ever notice how every single...

Homeschooling my kids always seemed really daunting. How can I bear the responsibility of their education as well as everything else. But there are a lot of great resources available today that make homeschooling a realistic endeavor for many parents. I'm here to share those resources with you.